Canterano, an ancient village above the Aniene valley

Through alleyways, passageways and lanes, and then down to the caves

According to many the village's name derives from the Latin word “cantorianum”, because the land on which it stands was entrusted to the church singers (the cantori).
And the small village of Canterano continues to sing, looking down on the Aniene valley from a rocky spur in the Ruffi mountains, on which it is proudly and imperturbably perched.
Just 300 souls live in this ancient village, Etruscan in origin before becoming Roman, pervaded by a profound spirituality, as evidenced by the historic centre's plethora of churches, all of which are open to visitors. They are the heart of a typically Medieval urban fabric: an intertwine of alleyways, lanes and steps that descend to become pleasant trails through the woods.
The surrounding walls are a joy to behold, built to repel attacks from the Sicels, the valley's earliest inhabitants, as are the underground caves with their dry-stone walls that have a structure reminiscent of Cyclopean masonry and that were used for burial purposes. Moreover, during the Second World War these caves were used by local inhabitants as a place of refuge away from the bombardments.

Among the typical dishes you might find in Canterano are “fregnacce”, wide, thick fettuccine pasta that is usually handmade, “pizza sorda”, made with water and flour and cooked over hot coals and “il salame del Re”, rolled sponge cake filled with chocolate pastry cream and drenched with liqueur. 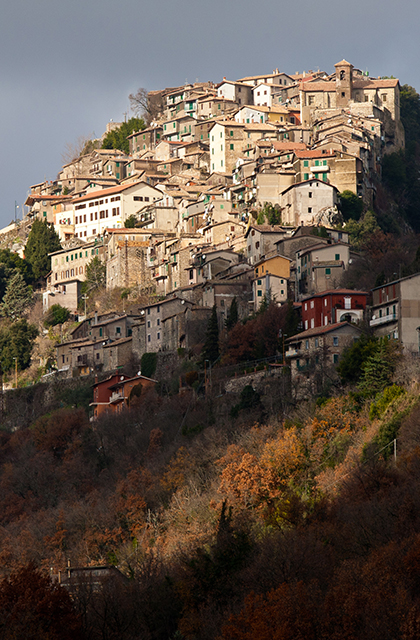