Marano Lagunare, a little corner of la serenissima in the hearth of Friuli-Venezia-Giulia.

A pearl of the lagoon

Located approximately thirty kilometres from the provincial capital, Udine, Marano Lagunare is a cosy little fishing village with an ancient past whose charm has remained undiminished by the passing of time. Although initial evidence of the village comes from 589 AD, the settlement's origins actually date back to Roman times, proof of which is provided by the numerous artefacts that are preserved in the small Museo Archeologico della Laguna (The Lagoon Archaeological Museum). However, the village's cultural imprint is heavily influenced by the domination of the Republic of Venice (La Serenissima), which lasted from the 15th century right through to the end of the 18th century. Indeed, the centre of Marano is a maze of tiny alleyways and squares, reminiscent of a miniature Venice. It is also the only place in Friuli where the Venetian dialect is spoken. An ideal base from which to explore the surrounding lagoon, Marano is located in an area of outstanding natural beauty with unique landscapes and an extraordinary variety of flora and fauna. A marshy oasis between land and sea, its bond with nature remains very strong and, thanks to fishing in the lagoon and out in the open sea, it continues to provide its inhabitants with a valuable source of income.

Fish has always played a leading role in Marano Lagunare's most loved and most renowned dishes. A selection of the ever-present stars in the kitchens of Marano includes sea bass, gilthead bream, as well as the European flounder and eel. Shellfish are also very popular, with clams, smooth clams, shrimps, soft-shell green crabs and female green crabs with roe among their numbers. 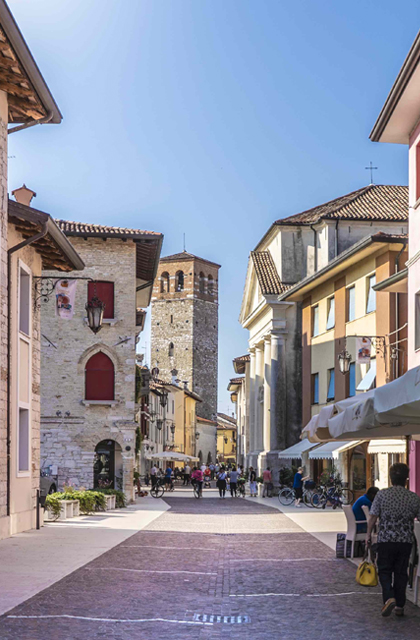