Mazara del Vallo. The village with an oriental charm

A melting pot of cultures, a masterpiece of elegance.

Overlooking the Mediterranean Sea, in the province of Trapani, stands the village of Mazara del Vallo. Mazara, meaning “castle" or "port" in Arabic, looks straight out across the Strait of Sicily and its position was the exact reason it was, over the centuries, a strategic focal point and crossroads for cultures that successively arrived here, thus making it the famous trade emporium and fortress that it became. During Roman times Mazara del Vallo enjoyed great prestige, but it reached the peak of its splendour after AD 827, when it fell under Arab rule.
Visiting Arab and Medieval writers eulogised and heaped praise on the town, putting it on a par with Palermo for the beauty of its buildings, its economic prosperity, the success of its port and the flamboyance of its gardens.
All of which left an indelible mark on its customs and traditions, on its names and especially on the urban layout of the Kasbah, with its maze of alleyways, arches and small gardens: the beating heart of the town. Those who walk these alleyways are guided by the colours of the artistic pottery created by local artists intent on bringing these places back to life. But Mazara is not just about history and art: no visitor can ever leave without having taken a dip in the crystal-clear waters of Tonnarella beach and experienced the silky soft sand beneath their feet.

Mazara del Vallo hosts the largest deep sea fishing fleet in the entire Mediterranean. Their catches are a triumph of colour and are the central ingredient of the local gastronomic delights: from the renowned red prawns of Mazara del Vallo, to shrimps, to hake and finally to sole, squid and gurnard. 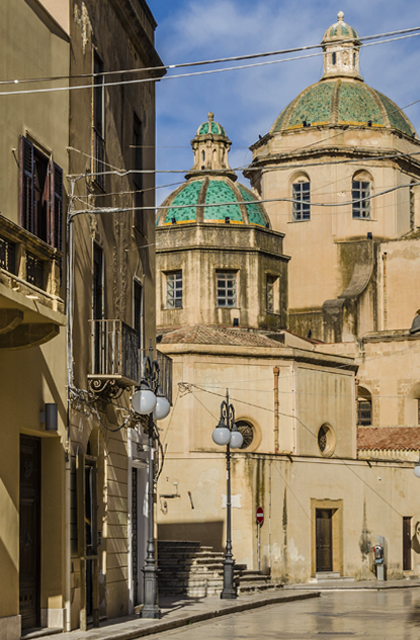