San Vito Lo Capo, a melting pot of cultures in one fishing village

Where tradition, colours and flavours take on infinite nuances of blue

San Vito Lo Capo is a gem nestled between the Egitarso plain and the headland of Mount Monaco, around forty kilometres from the city of Trapani, it's a beautiful fishing village of traditional white fishermen's houses and bougainvillea scented narrow roads.
San Vito is surrounded by natural landscapes of incredible beauty: with its white sandy beach evoking the colours of a Caribbean sea, it is one of the favoured destinations for the many tourists who flock to the breathtaking Italian island of Sicily every year. But San Vito Lo Capo is not just about the sea, it's also renowned for its cultural heritage: the historical centre, with its distinctive narrow, ancient cobblestone alleyways, is dotted with picturesque courtyards and ancient squares, one being the stunning square over which the majestic, 17th century Chiesa Madre di San Vito (San Vito Sanctuary) towers.
Other treasures not to be missed are the sanctuary-fortress built at the end of the 1400s around the original chapel, that was dedicated to the patron saint, to defend the village against pirate attacks, and the tiny cappella di Santa Crescenza (St Crescenza chapel), with its Moorish architectural style, which appears to be watching over village life.
Whilst strolling along San Vito's small alleyways, right in the centre of town, the Museo del Mare (Museum of the Sea) is well worth a visit: here you'll find many objects on display paying homage to the fishing industry which was once at the heart of this village's economy.
Indeed, up until the mid-1900s, the Tonnara del Secco tuna fishing factory was still operational, dedicated to fishing and processing bluefin tuna from the Mediterranean.
The village's fishing soul is still evident by the presence of the lighthouse, one of the symbols of San Vito Lo Capo: at night its light extends as far as twenty miles out to sea. Its construction commenced in 1854 and its lights first shone in 1859, with a constant white light and a flashing red light.

Traditional Sicilian cuisine offers unforgettable colours, fragrances and tastes. These are easily found in San Vito in the plethora of restaurants and takeaways, but a special mention goes to the fish couscous, the famous "dish of peace" which testifies to the numerous influences that the village's history owes to the Arab culture. You must not miss the Cous Cous Fest which takes place in the village every September, a magical event which brings together food and tradition, music and fun, cultural integration and understanding, just like a good dish of couscous. 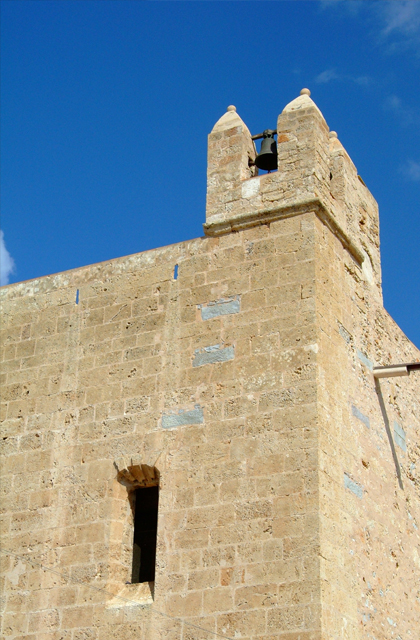