Cison di Valmarino. A little gem in the heart of the Treviso march.

Set against the backdrop of the Treviso Prealps, it offers beautiful meandering streets, alleyways and entrances and stunning views.

Lying in a sheltered spot surrounded by an amphitheatre of hills, Cison di Valmarino is a network of streets and alleyways that climb to the spur of Col de Moi, where the imposing Castelbrando castle sits, and afford stunning views over the surrounding land. A stroll around the town is like a journey back in time, with the ancient 17th-century parish church, the loggia of the same period which was once the court house but is now a theatre and the Town Hall whose architecture is reminiscent of that of the Veneto villas. You will also see Case Marian, the hamlet where the sharecroppers of the Brandolini counts used to live, the former Cantine (cellars), a feudal complex which has been restored to its former glory, and the water mills along the Ruio river. Cison is also famous for its street markets which attract visitors from all over Italy and bring the whole town to life in a re-enactment of its fascinating artisan traditions.

Cison di Valmarino lies along the Prosecco route; its hamlet, Rolle, is one of the top Prosecco DOCG production areas. The town is famous for its meat cooked on the spit, a speciality that can be found throughout the foothills in the province of Treviso. Here it is cooked using one of the oldest methods and served with side dishes such as cooked greens, beans, field-grown radicchio and potatoes. 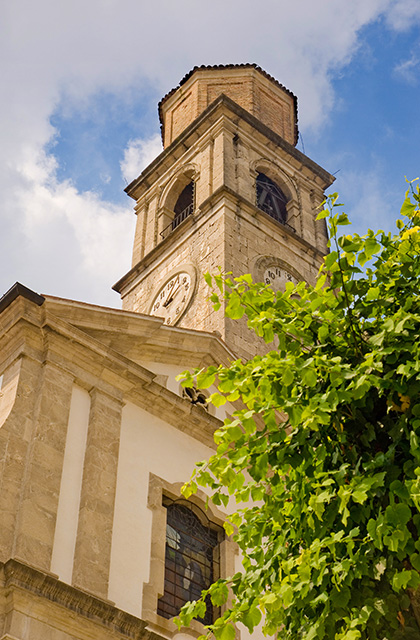